News came out yesterday that sales of Rolling Stone magazine doubled with their recent controversial cover featuring accused Boston bomber Dzhokhar Tsarnaev.  These normally mundane circulation numbers masquerading as news served to provide further kindling to the debate that continues to rage concerning the appropriateness of the cover. Online comments pontificating on how the only reason sales increased was because people bought the issue ‘just to burn it’ reside happily alongside comments from folks still screaming their outrage over ‘romanticizing’ this kid’s actions.  In a quick sampling of various Facebook posts from the media outlets reporting this news I could not find a single commenter arguing the unpopular but dead on view that it was an important article and the Rolling Stone cover afforded said story the appropriate status.

Notwithstanding the fact that revered corporate Americans such as Wal-Mart, Walgreens, and CVS dutifully fulfilled their roles as our de facto morality police by not stocking the issue on their shelves, somebody somewhere bought the magazine in record amounts.  My hypothesis is that the silent majority donned their trench coats, snuck around in the dark shadows of the seedy part of town, and actually purchased the magazine from some super secret squirrel type establishment (probably Muslim owned) that didn’t kowtow to the censorship demands of the Ignorati.

Thats probably the real story here.  How social media gives the Ignorati the ability to cause a media shit storm that culminates with the call for a censorship movement that almost reaches Orwellian proportions simply by combining their squeaky voices into a methane scented cloud of nescience whose vile stench cannot be dismissed by the mainstream media.  Yes, I do believe that is the true story here, but Ill save that for another rant as I still have Rolling Stone Reaction disgust to register.

Look, no matter how ‘outraged’ or ‘horrified’ you were that this kid was on the cover of a magazine doesn’t change the fact that there is a story behind the person that committed this atrocious act.  An educated populace seeks out understanding and information no matter how distasteful the subject matter.  An ignorant culture sweeps the nasty under the rug and hopes it goes away.

I know there are many of you who agree with me but still feel the kid shouldn’t have gotten the cover. Why not?  Don’t give me any shit about how Rolling Stone is a music magazine.  Rolling Stone is, and always has been, about our pop culture obsessed society and the individuals that create its shape.  Dont forget that in the past Rolling Stone has also featured such non-musical acts as Snookie, Taylor Swift, and everybodys favorite Satan incarnate, Good ol’ Charlie Manson on their cover. 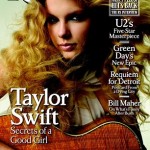 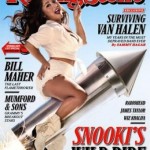 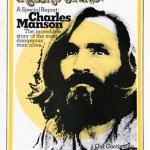 If you have ever subscribed to, purchased a, or granted yourself a five finger discount to, Rolling Stone for the articles and not just the nekked pictures of Janet Jackson, Jennifer Aniston or the Red Hot Chili Peppers you know that from time to time they have been known to tackle difficult and / or uncomfortable subject matter.  When I was growing up I enjoyed reading the serious articles such as those concerning apartheid and mass genocide in Africa just as much as I loved reading dating tips from the Beastie Boys. 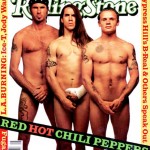 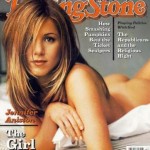 Im not discounting the business aspect of putting the kid on the cover either.  The year is 2013 and the internet rules while magazines drool.  In all honesty, when was the last time you even had a passing thought about Rolling Stone magazine?  As someone associated with the media I guarantee you that the publisher and the editors of Rolling Stone know that you and I don’t think about them and their dead tree media very often.

Some one at Rolling Stone felt this story was important enough that they needed to ruffle a few feathers and knew they could count on the outrage of the Ignorati to generate a nice viral buzz, get the story read, and maybe actually sell a few magazines.

I will grant you that there is a fine line between sensationalizing and legitimizing a subject but I feel the cover perfectly matched the headline of the article. “How a popular, promising student was failed by his family, fell into radical Islam and became a monster.” So basically the main concept of the article was how could this good-looking kid become a terrorist?  The fact that some felt the picture made the bomber ‘sexy’ drives home the thesis of the article even harder.

Never mind the cover, it took balls for Rolling Stone to commission the article.  Even with Rolling Stones past reputation as a journalistic trailblazer that once employed the likes of Hunter S. Thompson, they must keep in mind that they are now attempting to operate in a society whose closest equivalent to Shakespearian drama is Who is Kim Kardashian Fucking This Week.  I look at this article and the associated cover as a rare attempt by the mainstream media to feed the insatiable desire for knowledge that should be the hallmark of a civilized and intelligent society.